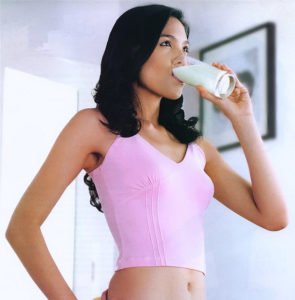 The Optifast diet is a medically supervised diet program that was first developed in 1974. Unlike most other diets that focus on using ‘superfoods’ or ‘miracle foods’ to promote weight loss, the Optifast diet is based on the scientifically proven technique of limiting calorie intake both by regulating the volume of food ingested and also increasing the amount of protein in each meal.

Another factor which separates the Optifast diet from other diets is that the recipe, meals, and portions are fixed. The whole diet is based on pre-packaged foods, which consist of soups, shakes, and bars. These carefully formulated prepackaged foods leave no scope for the failure of the diet due to miscalculated portions.

The diet lasting over 12-26 weeks has exhibited spectacular results in patients so far and has resulted in an average weight loss of about 50 pounds cross 20,000 respondents.

There are essentially 4 phases in the Optifast diet:

This is the first step wherein the physician will determine whether the patient actually needs the program and if there are any underlying conditions that may create problems while following the diet.

Firstly, the diet is only recommended for patients who need to drop more than 50 pounds, and are suffering from obesity related issues. This diet is not for people looking to lose a few pounds for cosmetic reasons alone.

The diet mainly consists of liquids (soups and shakes) with the occasional snack bar in between. Though it might be tweaked a bit by doctors for individuals, it largely remains the same for everyone. Over the duration of the diet, several changes are made based on the patients’ nutritional requirement.

The diet typically consists of about 5 regulated meals spread out through the day. These fulfill the body’s nutritional requirement and contain the required amount of proteins, vitamins, and nutrients.

This phase gradually phases out the liquids and in conjunction with a dietician, the patients begin to re-learn the concepts of healthy eating and reconstruct their diet with healthy alternatives like fruits, cereals, vegetables and learn what foods and habits to avoid.

This phase lasts between 4-6 weeks depending upon the patients’ progress, and the dietician is totally invested to ensure that they don’t fall off the bandwagon.

After the patients have made the transition to solid foods, the diet plan and healthy habits learned during the course of the diet are implemented. Exercise and physical activity are encouraged and included in the daily lifestyle of the patients prevent them from regaining the weight they lost.

Patients typically report higher energy levels, higher levels of confidence, better quality of life and general well- being after the diet is complete.

The most important aspect of the Optifast diet is that it is not just a physical change. It is an overall mental and behavioral change in the mindset of a patient. It is due to this that the gains made by patients during the course of the diet have been sustainable in over 50% of respondents who completed the program.

* The results described are based on active and strict participation in our program. Individual results may vary.